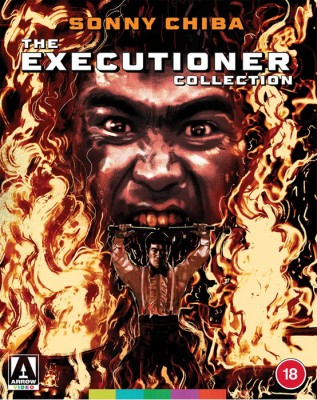 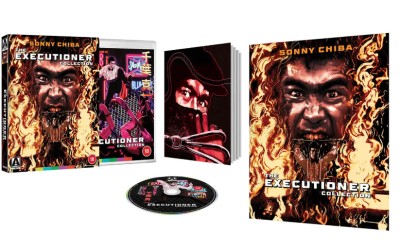 Ryuichi Koga (Chiba) is a descendent of the Koga Ninja school, now earning his living through more nefarious means as a gun for hire. When he is enlisted to take down a drug cartel alongside Hayabusa (Makoto Sato), a disgraced former narcotics detective now operating within the criminal underworld, and renegade Aikido master Sakura (Eiji Gō), tensions grow among this three man team of ne'erdowells as each come to question each other’s motives. Koga returns in the even more gungho follow up, Karate Inferno, as the ringmaster of a gang of thieves plotting to steal a priceless jewel from a master criminal.

Making its High Definition home video debut, The Executioner is presented in both its original Japanese language version and with the English dub track from the 1970s North American release. Fans of the Street Fighter star will delight as Chiba pitches himself into a succession of freewheeling action and feisty fight scenes in this double dish of martial arts mayhem, all served up in director Ishii’s characteristically lurid style.

FIRST PRESSING ONLY: Illustrated collector's booklet featuring new writing on the films by by Mark Schilling 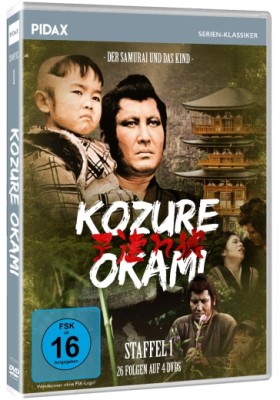 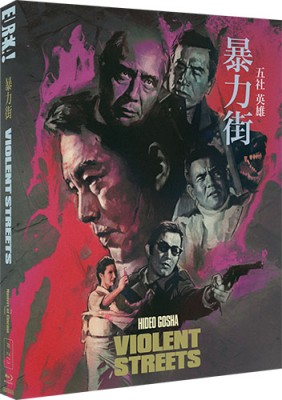 
One of the finest directors of Japanese chambara (sword fighting) films, Hideo Gosha (Sword of the Beast, Three Outlaw Samurai) also directed a number of films in the yakuza genre. The most outstanding of these was Violent Streets; a baroque crime thriller about a retired yakuza who gets pulled into a violent gang war by his former associates.

A former yakuza member, Egawa (Noboru Andô) is now a brooding world-weary nightclub owner. Some of his former associates are released from prison and want to regain a foothold in the criminal underworld by igniting a gang war between the local yakuza, and an out-of-town clan led by veteran actor Tetsurō Tanba (Harakiri).

A bold and colourful entry in the yakuza genre, Hideo Gosha’s Violent Streets makes its worldwide debut on Blu-ray from a new restoration completed by Toei Company, Ltd.